GDC Kangan and Ganderbal are not giving admission to 12th class students in the Ist Semester. Students Allege.

“With the same reference when the Principal GDC Kangan Dr Afshan was contacted but she said we know what we have to do. Instead of assurance she cut the Phone

Ganderbal: Recently 12th Class students who passed the exam and now heading towards Colleges for Ist Semester admission most of the students accuse that GDC Ganderbal and GDC Kangan do not give them admission as a result of which they are now suffering from mental illness. 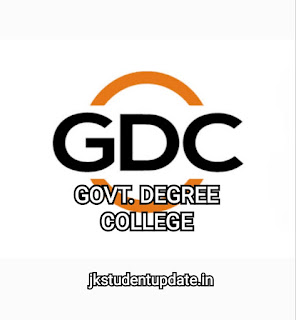 Many students from Central Kashmir’s Ganderbal district have alleged that if they have recently passed the 12th class exam and now they are starting to get admission towards colleges but GDC Ganderbal and Kangan are not giving admission to them due to which they have become mental.

Students says that when they went to GDC Kangan and Ganderbal to do the admission, the college’s officials told them that all the seats have been filled.

They said if the seats were full, what would they do now would ruin their one year.

They added that the college administration should take any concrete steps in this regard as soon as possible so that one of their careers could not be ruined.

The students further said that they come from far away and as a result of short time they want to take admission in GDC Kangan or Ganderbal, but unfortunately for them, the college administration is still failing to get them admission.

When Glacier Times Contacted Principal Government Degree College Ganderbal (GDC) Bashir Ahmad Parray and he was asked why students are not being admitted to the college, he said that this year college was allotted only 960 seats and has been now full and we don’t have capacity now.

He said that the College administration has written to the director and the matter will be resolved soon.

With the same reference when the Principal GDC Kangan Dr Afshan was contacted but she said we know what we have to do. Instead of assurance she cut the Phone.