Big News | Centre to give  free foodgrain to 80 crore poor for next 2 months.

Big News | Centre to give 5 kg free foodgrain to 80 crore poor for next 2 months.

The central government will be providing free foodgrain to nearly 80 crore people for the next two months (May and June), Prime Minister Narendra Modi announced on Friday. This will be facilitated through the PM Garib Kalyan Ann Yojana.
According to the plan, the Centre will be providing 5 kg free foodgrain to the beneficiaries. The central government said it will be spending more than Rs 26,000 crore on this.
PM Narendra Modi stressed that it is important for the poor get nutritional support at a time when the country is facing the second wave of Covid-19.
In a press release, the government said additional free-of-cost foodgrains will be distributed to NFSA (National Food Security Act) beneficiaries under the Pradhan Mantri Garib Kalyan Anna Yojana in May and June.
“Five kg per person per month to be provided to nearly 80 crore beneficiaries free of cost, covered under National Food Security Act, 2013 (NFSA) over and above NFSA foodgrains for next two months i.e. May and June 2021.,”it said.
“The Government of India will bear all expenditure of over Rs 26,000 crore on account of food subsidy and Central assistance to states/UTs on account of intrastate transportation etc,” the release said. 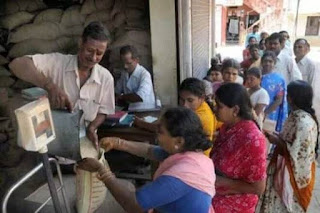 The government had announced the PM Garib Kalyan Ann Yojana for the first time in March last year under which it initially provided free foodgrain to the poor for three months (April-June). The scheme was later extended till November.
Share: