Class 12 student found dead inside his room in north Kashmir.

A teenager was found dead under mysterious circumstances at his home in Pushwari village of Naidkhai in Sumbal subdivision of north Kashmiris Bandipora district on Saturday morning.

A police official told Greater Kashmir that 18-year-old Abdal Ahmad, a class 12 student did not wake up on the usual time after which the family members went to wake him up. 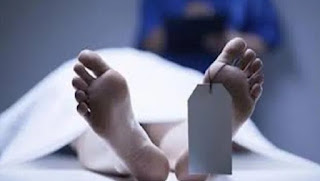 With the door locked from inside, the family later broke the lock only to find Abdal lying dead in his bed, the official said.

Station House Officer, Sumbal told Greater Kashmir that a police team has arrived on the spot and is verifying the cause of the teenager’s death.