With the newly announced Rs 28,400 crore Industrial Development Scheme, the Jammu and Kashmir government is aiming to generate employment opportunities to over 5 lakh youth in coming years.

The government has projected to attract an investment of over Rs 20,000 crore through the industrial development scheme which as per the officials is believed to improve the job creation opportunities in J&K which has less presence of corporate sector.

The recent measures initiated by the government including ease of doing business and single window clearance has infused enthusiasm among youngsters. The result is evident by the fact that the recently released report of Centre for Monitoring Indian Economy (CMIE) has pointed out that unemployment rate in J&K is at 9 percent which is after 10 months the rate has come down to single digits. Also Read Good news for govt employees!

Lieutenant Governor Manoj Sinha, while speaking at a day-long conference “Education to Entrepreneurship” at SKICC here, said that the government in consultation with all the stakeholders has developed the best Industrial scheme as compared to other regions of the country. “The unprecedented Rs 28,400 crore new industrial development scheme would further attract a huge investment of Rs 20,000-25,000 crore, besides providing employment avenues and opportunities to around 5 lakh youth.” 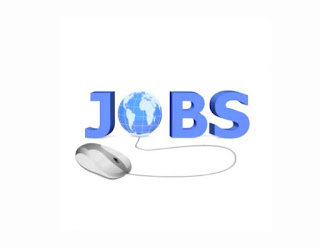 It is pertinent to mention that J&K has witnessed a dip in unemployment rate from 16.1 percent in September 2020 to 9 percent in March 2021. Lieutenant Governor Manoj Sinha has credited youth for this positive change.

While mentioning the CMIE report, Lieutenant Governor Manoj Sinha said J&K has less unemployment rate than Delhi, Goa, Bihar, Himachal Pradesh, Jharkhand and Rajasthan. He said that the unemployment rate in J&K has gone down to 9% from 16.1 % in September 2020 and gave its credit to the people, especially the youth of J&K.

Lieutenant Governor Manoj Sinha made these remarks during his address at a day-long conference – “Education to Entrepreneurship” – at SKICC here.

The conference was organized by Mission Youth J&K in collaboration with the Taleem-O-Tarbiyat initiative to promote economic development and encourage sustainable livelihood of the youth in Jammu & Kashmir, with emphasis on education, character building, entrepreneurship and skill development.

According to the Centre for Monitoring Indian Economy (CMIE) figures, J&K had 14.2 percent unemployment rate till February 2021, which was among four worst states/union territories in India. In March, the rate came down to single digits.

The LG said that J&K Government is working on robust and efficient digital network infrastructure in the hinterland to provide transparent financial services to the people. Our aim is to bridge the gap between Rural & Urban pockets of J&K, and ensure that easy credit is accessible to all those interested in starting their own business ventures.

The Lt Governor observed that the improvement in regulatory environment and business ecosystem is playing a major role in promoting economic growth and financial inclusion in Jammu & Kashmir. “We are exploring all the possibilities so that financial inclusion and easy credit is accessible to all people, besides developing skills of the youth in Banking & Financial Services Sector to capitalize on vast opportunities.”

“A target has been set to develop and train 5000 young professionals this year, and equip them with the requisite skill sets of the financial services sector,” he said.

J&K has vast natural resources and immense potential. The UT Government is making every possible effort to ensure optimum utilization of resources and funds to create a business friendly.

J&K has vast natural resources and immense potential. The UT Government is making every possible effort to ensure optimum utilization of resources and funds to create a business friendly environment, he added.

Paving way for a strong Women Entrepreneur Ecosystem in J&K, the UT Government has already