The central government is offering its employees a big Holi gift as an advance of Rs 10,000 under a Special Festival Allowance Scheme. This decision is included in the Seventh Pay Commission and the money received will have to be spent before March 31, 2021.

This Special Festival Allowance Scheme provides an interest-free advance and can be returned in 10 easy instalments. All government employees will be given this loan in the form of a prepaid RuPay card.

This is special in particular since the scheme was not there when the 7th Pay Commission was implemented. According to the Sixth Pay Commission, a festive advance of Rs 4,500 was available for non-gazetted officers and employees.

However, this advance will only be given once a year. That means, if a central government employee has not availed of this benefit earlier, then they can avail of this scheme in the Holi festival, informed Department of Finance through an office memorandum.

Earlier, Union Finance Minister Nirmala Sitharaman had announced that the advance that is being given for festivals will be preloaded and money will already be there in the ATM of central government employees. All they need to do is spend it, she added.

In addition to this, the central government – to provide relief to its employees and retired pensioners – decided to restore their three pending instalments of Dearness Allowance (DA) and Dearness Relief (DR) from July. 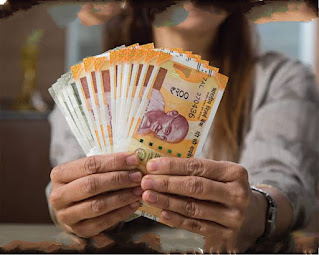 Anurag Thakur, Minister of State for Finance, in the written reply to Rajya Sabha, said, “Three pending instalment of Dearness Allowances of central government employees and Dearness Relief for pensioners to be restored prospectively. The rates will be subsumed in the cumulative revised rates of DA.”