New Delhi, Apr 12: The Supreme Court on Monday dismissed a plea that sought to scrap 24 verses from the Muslim holy book of the Quran. Calling the plea “absolutely frivolous”, the court slapped Rs 50,000 fine on the petitioner Waseem Rizwi, who is former chief of Uttar Pradesh Shia Central Waqf Board.

The Supreme Court at the outset asked Rizwi whether he is serious about the petition and wants to press for a hearing. As his lawyer insists to argue the case, the court after a brief hearing dismisses the petition with cost.

Rizvi had recently moved the apex court seeking to remove 26 verses from the Quran which he stated are used as “justifications” by Islamist terrorist groups for attacks on non-believers/civilians. 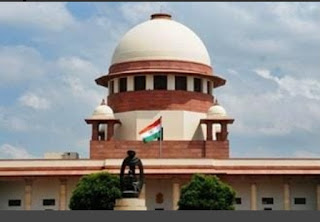 Rizvi’s petition was heavily criticized by the members of the Muslim community who had also staged several protests against his plea in March.

In his petition, Rizvi had claimed that certain verses pose a serious threat to the sovereignty, unity and integrity of the country and should be declared unconstitutional, non-effective and non-functional.

Rizvi had further prayed that a committee of religious experts is appointed to get the opinion on the subject matter of the petition in the larger public interest.

Rizvi also sought that the government be directed to declare its policy on the subject/issue white paper or pass appropriate legislation if the court deems it fit.