Virat Kohli has been a record-making machine at the highest level but there are some of his records that have been already broken by Babar.

Here we take a look at four such records of Kohli which have been surpassed by Pakistan’s Babar Azam.

Babar Azam overtook Virat Kohli to become the fastest to score 1000 runs in T20Is in November 2018. The then no.1 T20 batsman aced the 1000-run milestone in just 26 innings, bettering Kohli’s record of reaching the milestone in 27 innings. 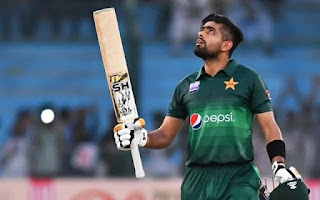 Babar Azam slammed a match-winning 103 against South Africa in Centurion earlier this month to become the faste batsman to complete 13 ODI centuries.

The Pakistan captain took only 76 innings to reach the milestone of 13 ODI centuries, surpassing Hashim Amla and Virat Kohli. Amla had completed the feat in 83 innings while Kohli took 86 innings to reach his 13th ODI hundred.

Babar Azam scored a match-winning ton against New Zealand in the 2019 ICC World Cup to become the second-fastest to 3000 ODI runs and overtake Virat Kohli. Babar left behind Kohli (75) to complete 3000 ODI runs in his 68th innings. He finished behind only South African great Hashim Amla, who remains the fastest to the milestone having reached there in just 57 innings.